﻿"No one is more proud of the beauty and attainments of the City of Austin than I. But for that very reason I am unwilling to close my eyes to needless suffering and deprivation,which is not only a curse to the people immediately concerned, but is also a cancerous blight on the whole community”﻿
-Lyndon B. Johnson, "Tarnish on the Violet Crown" radio address, 1938 [4] 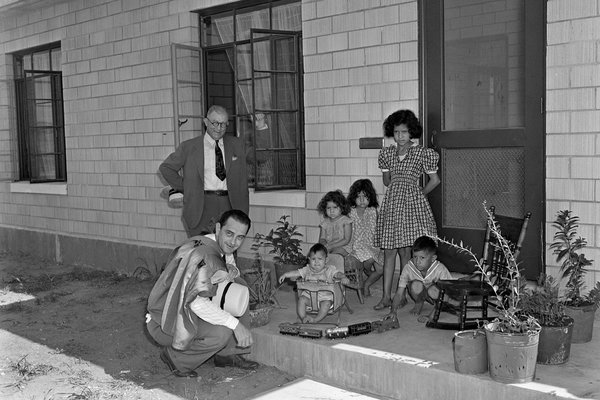 Lyndon B. Johnson at Santa Rita Courts, 1939 Photo Credit: www.nytimes.com
The 1937 Housing Act was a landmark piece of legislation that directed the federal government's attention and funding onto the pressing national concern over the shortage of affordable housing.  With the creation of the United States Housing Authority, later known as the Department of Housing and Urban Development, the federal government was able to provide loans to newly established local housing agencies to use towards the clearance of existing slums and/or the construction of low-income affordable housing, also known as public housing [1].  Future President Lyndon B. Johnson, at the time an up-and-coming Austin Congressman, played a key role in the creation and passage of the Housing Act of 1937. President Johnson would also later would be instrumental in developing the Housing Authority of the City of Austin (HACA), paving the way for other cities to take control over their local housing markets and partner with the federal government in order to achieve the funding necessary to remedy the affordable housing crisis [2].

Austin became the first city in the country to receive funding fund and develop low-income public housing.   Although this was a progressive move for Austin at the time, the city maintained its enforcement of institutionalized racial segregation by constructing three separate public housing developments in order to ensure that African-Americans, Caucasians, and Mexican-Americans were not housed together as required by stipulations in the 1937 Housing Act.  In 1939, Santa Rita Courts opened its doors and became the first public housing in the United States, followed the next year by Rosewood Courts and Chalmers Court.  The three developments remained segregated until after the passage of the Fair Housing Act of 1968 [3].

Currently, the Housing Authority of the City of Austin (HACA), reports that over 18,000 residents are living in the eighteen public housing developments throughout the city.  Santa Rita Courts is listed on the National Register of Historic Places, and preservationists are actively seeking the addition of Rosewood Courts to the list.  HACA also runs a nonprofit organization, Austin Pathways, which provides job training, higher education scholarship opportunities, and other social services to residents of public housing to improve quality of life and promote financial self-sufficiency [2].

The Imagine Austin Comprehensive Plan reported that over half of Austin's residents are cost-burdened, meaning that they pay more than thirty percent of their total income on housing costs.  As of today, the city maintains a six-to-one ratio of cost-burdened residents and affordable housing units, meaning that 37,000 additional units would need to be constructed in order to satisfy the current demand.  If growth trends persist, Austin will need to develop 12,500 affordable units in order to maintain the present day six-to-one ratio, meaning that even if the units can be funded and built, there will still be an overwhelming gap between the demand and supply [7]. 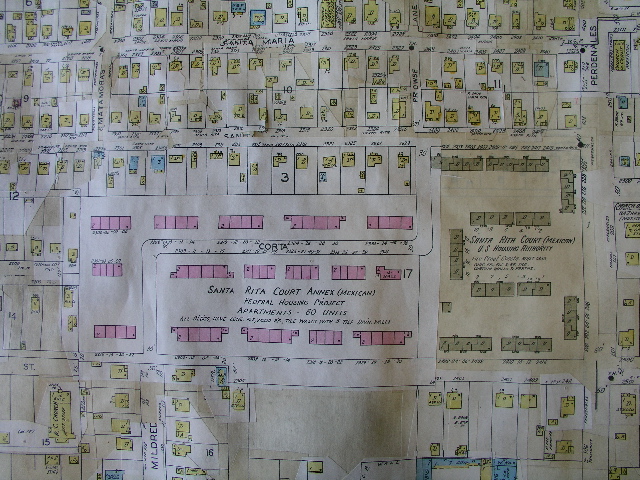