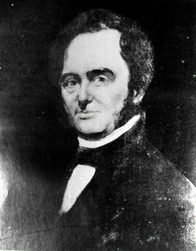 The founding of Austin, Texas, U.S.A., as it is known today, begins its establishment in 1819 with the inception and actions set into motion by Moses Austin (1761-1821). The founder of the American lead industry, M. Austin was also the first to obtain permission to settle Anglo-Americans in what was at the time, as established by the Adams-Onís Treaty, Spanish Texas. [1] The city’s establishment is filled with historical turns of chance and turmoil, but the health and beauty of the colony site, between the Colorado and Brazos River, eventually finalizes the creation of what Austin is today.[3]

The Plan That Would Become Austin

Starting in 1819, as a business venture to escape debt, Moses Austin devised a plan for the American colony that would, in time, become the city of Austin and on the 23rd of December in 1820, he arrived at the Presidio San Antonio De Bexar, modern San Antonio, Texas to obtain permission from Governor Antonio María Martínez to settle what has become known in Texas history as the “Old Three Hundred”. On December 26, 1820 Governor Martínez endorsed the plan to higher authority due to the fortuitous encounter and intercession on behalf of M. Austin by Baron De Bastrop, an influential resident, with whom M. Austin had met 19 years earlier in New Orleans on unrelated trips. [1]

Moses Austin, as once himself a Spanish subject while living in Louisiana and familiar with dealings of colonization, acted as an colonizer or empresario, Spanish for entrepreneur, and crafted his plan with interesting detail, revealing of the socio-political conditions of that time. For example, Spanish settlement laws, existing since 1573, required that the settling and use of land be honored before selling it. In keeping with such existing notions and to best insure approval, Austin also included stipulations of his proposal that colonists would become loyal subjects to the Spanish king and would obey Spanish laws and adhere to the Catholic faith. Many Americans were eager to accept the conditions and settle in Texas. At the same instant, Spain expected these colonists of “good character” who would receive generous portions of land to be loyal and protect a takeover of Texas by countrymen. As it turns out, Spanish rule came to an end only to be then under Mexican rule in 1821 in a series of turbulent instances surrounding Indian hostilities, the Mexican War for Independence and later, the Texas Revolution. [2] But, in keeping with the history of Austin, pertaining to urban studies and planning, the rest of this early founding history will focus on the Austin family plan, surrounding events and later the prioritizing of the Republic of Texas to find a capital before the induction of the statehood of Texas with the American Union.

Further events of fate proceed with the untimely death of Moses Austin after receiving word of permission to colonize in 1821. On the return home from Bexar, M. Austin contracted pneumonia and upon ascertaining the approval of his plan, he neglected his health and directed his efforts toward the Texas venture and eventually passed away due to his illness. However, by request on his deathbed to “prosecute the enterprise he had commenced,” the colonization plan was to be executed by his son Stephen F. Austin.
SOURCES:
[1] The Handbook of Texas Online: Texas State Historic Association (TSHA)
http://www.tshaonline.org/handbook/online/articles/fau12