THE CAPITAL OF TEXAS & THE CAPITOL BUILDING

Promise of the new capital of the Republic of Texas was once again tested in the mid 1840’s. Threats of Mexican and Indian-Mexican invasions were severe enough to declare martial law in 1842 and all saloons and groceries were closed and thus, general public panic ensued. Weeds grew over the construction of neglected buildings and between 1842-1845; the city was destitute, dull and deserted. [1] It wasn’t until 1845 that Mexico ceased to consider Texas as its own after the end of the Mexican War. In the same year, the Convention to Consider Statehood consecrated Texas as a state. And in 1850, Austin was guaranteed its title as capital for twenty more years. With the stability of the union, Austin, Texas, U.S.A is, as of 1850, recognizable to the Texas state, city it is today. 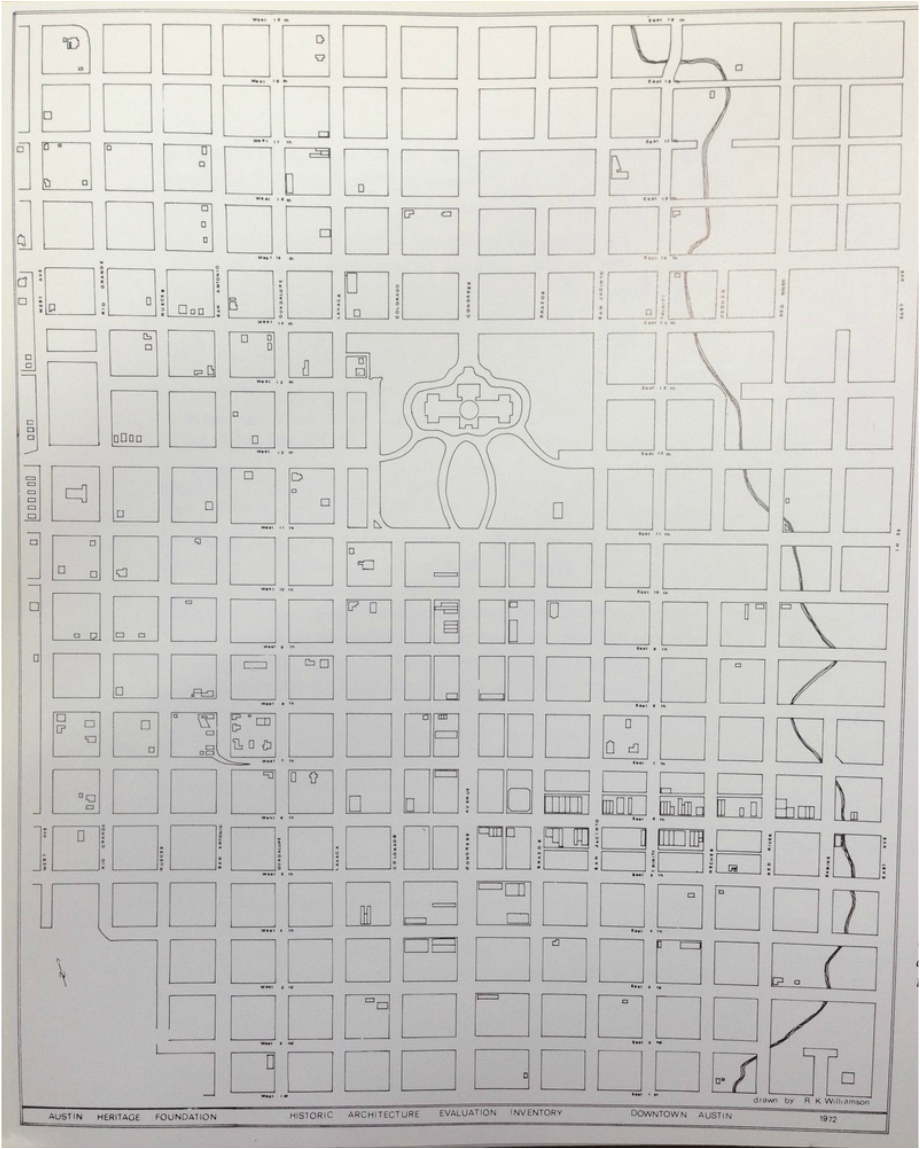 The population in 1850 grew from 250 in 1846 to 629 residents. The city began its growth leaving the frontier village category to more of a promising Southern town. The arrival of merchants and businessmen contributed to the sense of permanence and optimism. Furthermore, in 1853 The Texas Capitol was first build on the prominent location according to the 1839 plan. Unfortunately, design of the capital was not successful and in 1857, it was torn down. In 1870, Austin is permanently established as the state capital. Following the Civil War and Reconstruction in 1870, Austin struggled to regain construction and growth activity. But between 1875-1876, a period of commerce and acquisition of money prompted a “Boom” of commercial building activity. The growing success of the city and perhaps with some Texas pride, eschewed in the new Texas Capitol building plans. Although temporary buildings were hastily built up and accidentally burned down before the final building, in the end, the year 1888 marks the completion of the extravagant Capitol building, prominent on the 1839 plan’s hilltop.[2] In fact the Capitol building of Texas in Austin,upon completion was second in size of government buildings only to the Capitol building in Washington, D.C. [1] 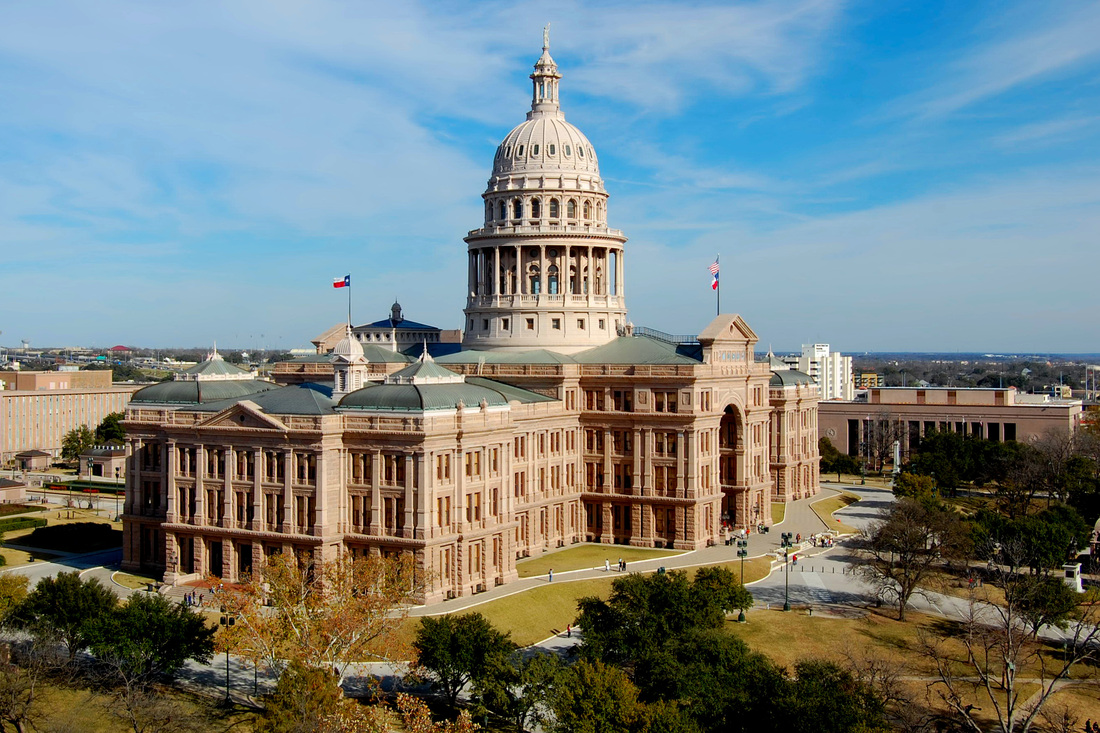